The Instagram vs. Snapchat Arms Race Could Be Over But according to reports out of TechCrunch and Engadget, one side in the race is pulling away from the other, building what might be an insurmountable user advantage. Based on these reports, Instagram looks like the presumptive winner of battle of Instagram vs. Snapchat.

When Instagram released its latest growth report in December, the numbers caught most of the social media marketing world off guard.

In its June 2016 report, Instagram reported just over 500 million users. Many observers expected that Instagram would begin to see slower growth after eclipsing the half-billion users mark.

But between June and December 2016, Instagram’s user base swelled by another 100 million users to 600 million, growing by 20% in just six months.

By comparison, the platform took nine months to make the jump from 400 million to 500 million users.

After the December report, social media marketing observers were curious what kind of growth Snapchat had experienced over the same time. Those numbers are now public, and the results should give marketers pause.

While Instagram grew by 100 million users between mid-year and end-of-year, Snapchat’s base grew from 143 million to 158 million users over that time frame — a mere 15 million new users or 10.5% growth. Even more disconcertingly, Snapchat’s numbers show that growth slowed substantially between Q3 and Q4, from 7% to 3.2%.

The new numbers on Instagram and Snapchat come on the heels of a competitive year between the two photo-sharing platforms, as both apps began to emulate each other’s features in a bid for market dominance.

In late 2016, the arms race heated up, with both apps replicating one another’s signature features. Instagram added an option for disappearing photos and videos. Meanwhile, Snapchat added a “Memories” feature in which users could save snaps so that they could be shared later. Over the same period, both brands also toyed with live video feeds.

But the most important change is centered around the “Stories” feature, a Snapchat innovation that played a huge role in the Snapchat app’s popularity. In November, Instagram launched what amounted to a near-exact replica of this feature. Social media marketing observers believe that the massive surge in Instagram users is directly tied to this feature.

Meanwhile, Snapchat’s slow growth figures may sound the death knell for the photo-sharing underdog. Like a classic snap, don’t be surprised if it disappears before your very eyes. 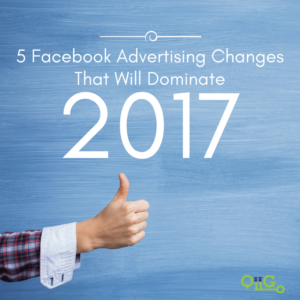 Twelve years ago, Facebook was a budding social network brushing up against big players like Friendster and Myspace. But in the decade-and-change since, the network

Presentation to the Southeast Franchise Forum It’s not Al Gore’s internet anymore! MySpace, Google, Facebook and YouTube are changing everything! If you’re not capitalizing on For small business owners, few aspects of digital marketing can be more frustrating than social media. While paid ads and boosted posts can help you